Grasslands and Herbivore Production in Europe and Effects of Common Policies 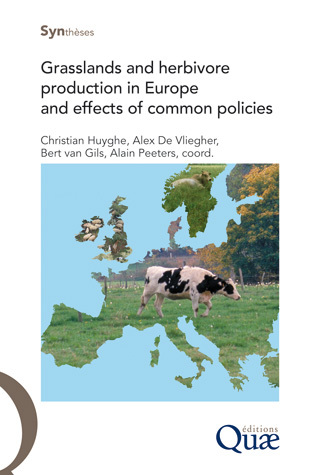 Grasslands and Herbivore Production in Europe and Effects of Common Policies

The European project Multisward (http://www.multisward.eu/multisward_eng/) aims at supporting developments and innovations in grassland use and management in different European farming systems (including low-input and organic farming systems), pedoclimatic and socio-economic conditions i) to enhance the role of grasslands at farm and landscape levels to produce environmental goods and to limit the erosion of biodiversity and ii) to optimise economic, agronomic and nutritional advantages for the development of innovative and sustainable ruminant production systems.

The identification of the innovations and their implementation required an exhaustive analysis of the state of grasslands and herbivore production in Europe including how they changed over decades. The effects of public policies were investigated. The results of this analysis are published in the present book.

Chapter 1. Importance of the grassland area and grassland-based systems in Europe and their spatial distribution

Present acreage of grasslands and annual forage crops in Europe

Changes in grassland acreage in Europe

Chapter 2. Importance and changes in grazing animal production operations in Europe and their spatial distribution

Changes in the number of animal holdings

The two pillars of the CAP

Obligation of maintenance of the permanent grassland area

Consequences of the abolition of the milk quotas

Changes in the structure of animal production

Publications of the same author

Biomass A rich and powerful history

Grassland use in Europe A syllabus for young farmers

Innovation and development in agricultural and food systems

Innovation and Development in Agri-food Systems

Storing carbon in French soils What potential and at what cost?

Coexistence and confrontation of agricultural and food models A new paradigm for territorial development?

Agroecology: research for the transition of agri-food chains and territories