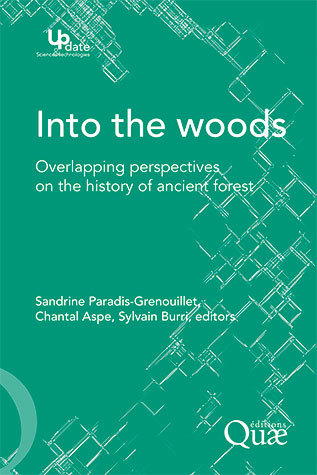 Overlapping perspectives on the history of ancien forest

At the centre of concerns related to curbing the decline in forest biodiversity caused by increasing anthropogenic pressure and global change, old-growth forests are mainly characterised by the continuity of their tree cover. This has been defined mainly by their appearance on historical maps and by ecological criteria dating back to certain temporal cut-off points (about two centuries). Inherited over hundreds, even thousands, of years of interaction between Man and Nature, these ancient forests have been managed and shaped by past societies to meet their various needs, both domestic and industrial. Also, studying the historical trajectories of such forests, their responses to environmental and anthropogenic stress, and the long-term consequences of past human activities, is essential in order to better understand their current ecology and rethink their conservation. The development of pluridisciplinary and interdisciplinary research (ecology, paleoecology, history, archaeology, geography, sociology) now makes it possible not only to push back the hitherto accepted thresholds of ancientness, but in particular to understand old forests in their entirety and complexity over the longer term.

This book, comprising both theoretical and methodological contributions along with case studies, reflects the diversity of current approaches and thinking and promotes interdisciplinarity as the only route to a comprehensive understanding of ancient forests as natural and cultural assets.

Towards an interdisciplinary approach on ancient forests

Part 1: Perception and management of ancient forests as a natural and cultural heritage

Chapter 1: Distinguishing the definition and meaning of ancient woodland in England

Chapter 4: How the ancient forest concept emerged in the French media

Chapter 5: Mediterranean forest users and ancient forests: appreciating nature as a social and welcoming place rather than wilderness

Chapter 6: A toolbox to identify and characterize ancient forests in the French Massif Central

Chapter 7: On the ecology of ancient and recent woodlands: the role of the historical approach

Chapter 9: Using a dendrochronological and archaeological approach to understand timber uses and ancient forest management in the southern French Alps over the last millennium

Part 3: “At the edge of the forest”: other ways to think about ancient and old-growth forests

Chapter 11: The ‘recent’ forests of Mount Venda (Padua, Italy): when historical cartography and archaeobotany tell quite a different story

Chapter 13: The ancient forests of the Argentinean Pampas: challenging old paradigms about a treeless landscape

Chapter 14: Root and branch: a community archaeology and palaeoecology approach to the investigation of a submerged forest at Pett Level, Sussex, UK

Forests: construction between nature and society

Symbolism of the frontiers and dialogue between disciplines

Global health through the prism of public policy analysis